A Double Dose of Reviews: Malcolm Paul on Richard Cabut’s Looking for a Kiss + Aad de Gids on Michael Mc Aloran’s Nothing Ever 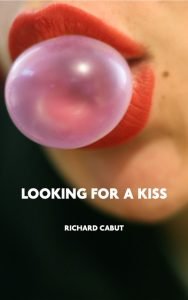 Looking for a Kiss is a post-punk novel – mapping the emotional framework of the end of punk and youth, and the impact of the adult 80s. It’s an anti-coming of age story.

Set in Camden, Camberwell and New York, the book is an account of breakdown, breakup and breakout with primal scenes, screams and schemes, as well as the eternal quest for sprezzatura and the endless search for redemption.

I can’t remember a more memorable clutch of individuals stalking the pages of a book in a very long time. Some of the scenes leave one almost afflicted with PTSD.

I thought I was beyond being shaken by the written word – shocked by anything new exciting and original.

One reviewer, Michael Gratzke, has mentioned that the book is more akin to American post-punk writing, Acker or Richard Hell, than the European version, but it’s a mixture – like a bittersweet Coltrane solo crashing into Einstürzende Neubauten.

The characters, who have fallen out of love with each other, themselves, their own arcs, and the world around them don’t need Relate but a visit from the ‘Son of Sam’. They are suicide bombers in The House of Love. The book has the same erotic/violent suspense as Knife in the Water.

Packed full of images/reflections/ideas – raw emotions – books like Looking for a Kiss are like flares in the dark. 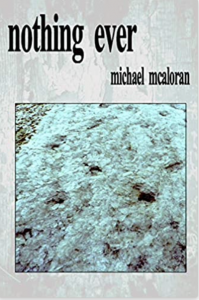 MMA aad de gids revieweuse luxe panthère (also haute) on this unbelievable out of order new kind of book of MMA Michael McAloran. is this a difficult book ? well hell yeah, but if we want to read it we will. it sets all kind of parameters on its head. if you sense you’re taking part of a whole new thing qua litterature, it is just exhillirating. I have always searched for this ‘antiArt’ and always succeeded to find it. you have to be prepared to set aside all conventionalisms. and that I was, we were (with Bas), already in the 70s. we read the strangest books, saw the strangest [non]paintings, listened to unbearable anti-Music. we even participated in anti-Theater. then yes you are quite prepared to take notice of Michael’s newest book: ‘Nothing Ever’.