After I Hung Up – Suzanne Crain Miller 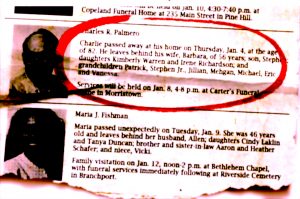 “I wanted to be concise.”

My father said about his obit

That he emailed my sister and I on a Wednesday

with even an LOL somewhere in the chain

of emails about it when, upon reading it, we said

just because you say something isn’t morbid

doesn’t make it not morbid, Dad.

as if newspapers will still exist when he passes,

as if he’ll be saving us $ and trouble even from the grave.

and put them in a lock box rather than email them.

Christmas when I visit.

“Have yourself a Merry little Christmas”

and that will be less morbid than it popping up

in my inbox while I’m working when he’s not even sick.

He continued to explain that you think about these

things more when you’re old and with our mom

passing this year, it’s been on his mind.

I admitted to him that it reminded us that

we all know it’s never been off his mind.

That he’s been drafting it since we can remember.

As we talked more, I realized he’s scared we won’t

think about him when he’s gone,

at least these days, but he’s never been lacking

for a driver behind that wheel.

I felt guilty in that all I can think about as

I read his obit mostly about where he worked, who survived him,

is that I’m more scared he’ll never be dead,

at least not the parts of him that I’ll wish were.

The parts that saw the sun and immediately

Thought, hide it’ll burn, or met someone and shied from knowing them

because others only serve to hurt you and in the end

you’ll just be their obligation.

No, those parts of him will endure, living on and on and on

And he’ll still be emailing me from the beyond,

on those rainy “artist” days as he used to call them.

But there won’t be any LOL in those chains. 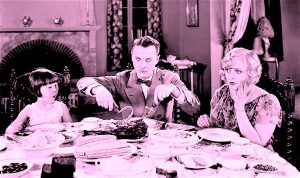 I got one question –

1 to ask you about something so huge it

Book in hand, you sat me down

to read it on my own.

to look at bodies, well archaic drawings of bodies,

curved in all different ways I’d never seen them curved before.

I knew so little then,

but you worried that I knew a lot,

seeing as my sister was five years older.

Maybe you should have asked me a question,

assessed if I was even needing to know at the age of 8.

Why would you have asked?

You never wondered about what I needed,

just dished it out like that ziti you’d make

in that huge pan, night after night, leftovers upon leftovers

until our father calmly sighed and said

“ I think I might be sick, if I have to eat this another night.”

Ask me a question…how foolish.

Why would you have started then?

would you ever ask about what we’d like to do with those bodies?

And, don’t get me wrong, your book was informative.

Oh, it explained in depth where things went and

what would happen if we didn’t protect where the things went,

so important, so very, very life giving, or life shattering .

I ever experienced with, in real time, any of those things

the pictures so graphically laid out.

The most vital question that would have left me feeling

so differently about what I later did, what it ignited

and who I was for doing it.

That one essential question:

“Do you really care about me at all?”