Here’s the thing. As part of the problem you wouldn’t know there is a problem. I’m negotiating with the universe to let me be wrong again. I’ve been wrong so much and so consistently but if I could be wrong this one time I’d feel lucky. I don’t see an outcome that isn’t violent. I see zealots, militant extremists without a moral community. I wear a mask not because I think it helps anything but because it makes you feel safe. I don’t like to be hectored. I guess I got a problem with authority. I don’t wanna overwhelm your health infrastructure but I’m asking you, if I catch Covid just let me die on the street. Anything but to have to pretend to take you seriously and pretend you mean well. There was something surreal about this pseudo return to normalcy, about finally doing something as mundane as visiting a bar with friends after a year of the government ordering us to be lonely. After a year of doing genocide on us, how crude and patronizing to ask us to protect grandma. You don’t care about her like I do. I’ve got all these notes of the sweetest things I’ve ever heard said. They’re saccharine sentiments, the kinds of things people in love say to each other. I don’t retain them, though, that’s why I wrote them down, to hide them from myself so I could rediscover them one day somehow.

last year i had a lucky scratch off. i was saving it for when i was desperate for a win. time took it from me. even things at home go missing. whatever happened happened. it was only worth 3 bucks. instead of snoozing around, one of my good e-friends told me he forces himself up after the first alarm. he’d found there was never stopping the start of the day. why try to lazily fight the morning? i’m anticipating being one of those old people who keeps ketchup and pepper packets in the glove compartment of their car. are cars still gonna be around when i’m in the glory days of life (65 and up)? or will i have to keep those packets in my fanny pack while biking under a blood red sky? the love of my life and i were sitting on my rusty fire escape. sharing a pipe of San Fernando Valley. pointing towards a patch of pink clouds she said, “i’ve been watching that plane over us and wondering when it’ll be so far away i won’t see it anymore. it keeps getting smaller and smaller.” like bad memories, i said, with a freshly stoned expression, smaller and smaller until you don’t think about them anymore. 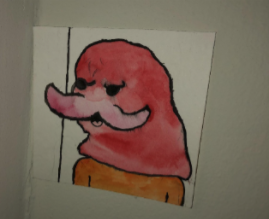