A local ski jumper reportedly “got a bit carried away at home with something or other” and completely forgot to report for the Winter Olympics. He had been selected to compete in the ski jump event. “Yes, I’d put my ski’s on, ready to go, and then started in on something else and completely lost track of the time I’m afraid” reported the absent-minded git. 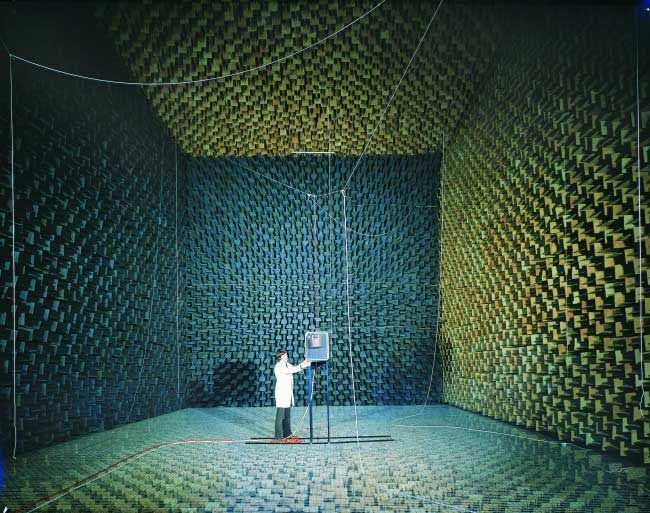 The local ski jumper, pictured above in the midst of doing something else,
having completely forgotten he was supposed to be at the Winter Olympics that day.

“Yes, I’d repaired to my Wife Shut Up Room to recalibrate my Decibel Particler that I use to reduce some of the noise the mad woman emits after we’ve had a row. She’s got her own version of the room next door in which she presumably does the same thing.” 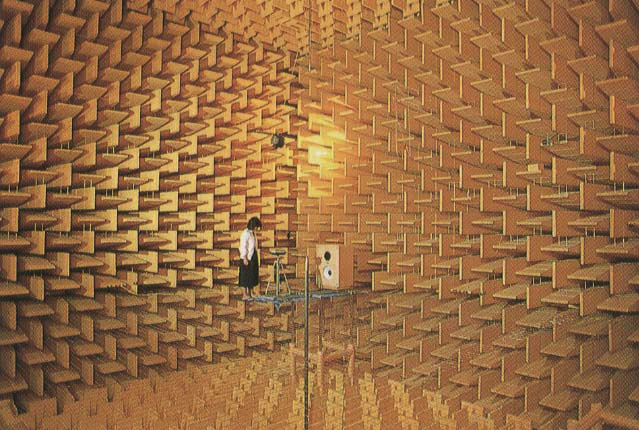 “Husband. Can you hear me? Don’t forget to go to the Winter Olympics. Stupid wanker.”

“Your Honour, I am
guilty of sex trafficking.”
–Local pedo Mr Bruce Saint.

Mr Saint initially confessed to traffic officers at the scene of the crash of “sex trafficking” but then afterwards, having had the concept of sex trafficking actually explained to him, responded to his legal representative by stating “no, no, I don’t want to buy any more little boys, I can hardly keep up with all the little poofs locked in my basement already. I’z just tooling around the roundabout in the Datsun while giving the wee Magic Dougal a frisky tickle and then hello, bam, me and Dougal came a fucken cropper with a lamp post.”

Mr Saint was let go with a stern warning and a lollipop although it remains unclear as to why he requested “13 more lollipops for all the stroppy little fuckwits in the basement.”

While visiting Berlin, Germany, the daughter of President Trump has today bought the entire Holocaust Memorial Wall with the intention of putting it to use on the U.S/Mexican border to “keep those little fucken Mexican wankers off of my Daddy’s back yard.” 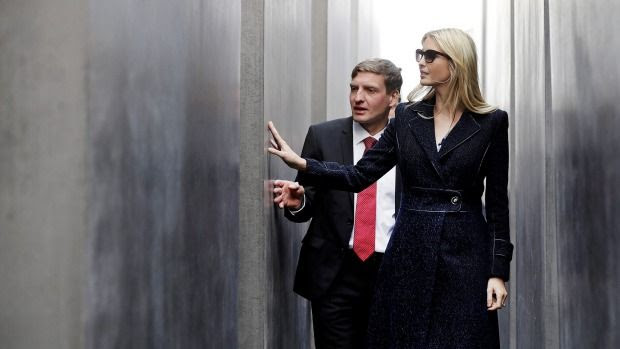 will never get through this cunt.”

Ivanka went on to say, “I think it’s wonderful, perhaps even fitting in a way, that I buy this wall from you, the Germans. You see, the Mexicans are to us like the jews were to you.” 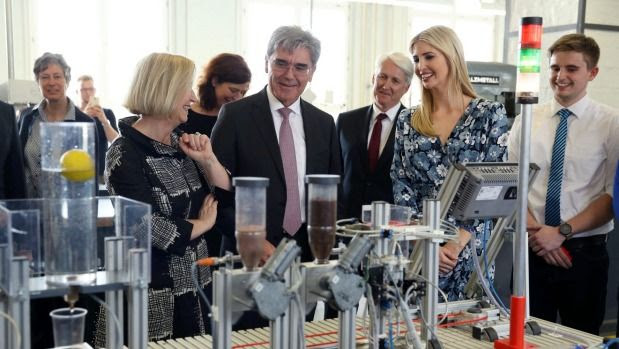 and get on with it cunts.”

With New Zealand’s pregnant Prime Minister Jacinda Ardern set for maternity leave the question is, who will run the country while she is incapacitated with her birth-hatch shits and struggles and fart bubbles? In something of a break from political protocol, Ardern’s boyfriend Clarke Gayford has said he will “fill in for her at work.” 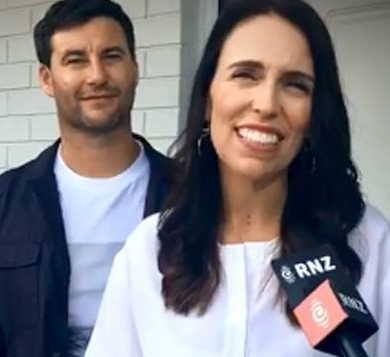 “No, for the 10th time, his name is Gayford but he is not fucking gay. You deaf cunts. For fucks sake he just rooted me up the shitter this morning. Twice. Hang on… maybe that means he is gay. Fuck. No further comment. Um, Clarke, a word….”

Mr Gayford seemed fairly nonplussed over the responsibility of taking over a nation. “Yeah it’ll get me out of the bloody house. Away from all that shrieking nappie-faced ruckus. The idea of babies sounds a bit demonic to me, all that screaming and shitting and wailing and ‘me-bloody-first’ theatrics. Plus it’d get me some precious time away from Princess Goebbels Mussolini there, barking her post natally depressed nuts off at me. It’ll be easier running the fucken country. I mean what is there to do? We’ve got the world’s 805th biggest economy. Fuck-all happens. Just make sure there’s enough pies at the petrol stations and the rugby telecasts pop up on time. Righto.”

With many prominent figures turning down speaking invites to US colleges due to the suffocating politically-correct ideologies of the delicate millenial snowflake student bodies, it comes as somewhat of a surprise that legendary deceased punk rocker Mr GG Allin has today announced a speaking tour of US colleges set to take place this year. Mr Allin’s open casket will be wheeled out before the student unions, and, due to Mr Allin’s current corporeal incapacitation, his speaking part will be provided by his long-term lyricist Dr Stephen Hawking.

First stop will be Harvard University where Mr Allin will address the Harvard Student Union through his proxy Mr Hawking with a speech entitled “Hate Fukk Sick Faeces.” 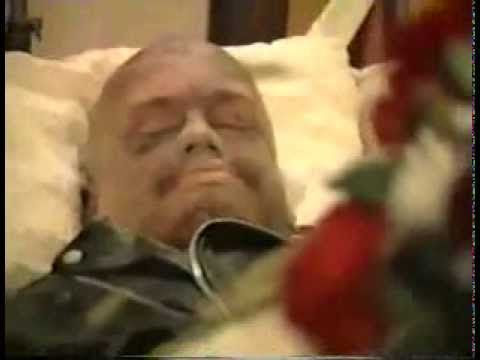 Mr Allin, who is now identified by the genderless pronoun of “they” after his tiny wanger rotted off in his casket, has even overseen the penning of a brand new song for the tour. The new track is entitled “I Am They.” It will be sung by Mr Hawking to the tune of Neil Diamond’s hit song “I Am I Said”. Tea and biscuits will be served off Mr Allin’s spotty soiled undergarments following the presentation.
https://www.youtube.com/watch?v=QhEaHcQgyLs

Local Nazi “Kind Of A Dickhead”.

A local nazi has been labelled as “kind of a dickhead” by his neighbours. “His whole Hitler thing? I mean, fucken hell, come on” said one neighbor. “It’s bordering on obsessive. I mean, look at Hitler’s life. I mean, if you really look at it, as an overall body of work, the guy was hardly faultless. In fact, I’m going to come right out and say it; some of the decisions Hitler made during his life, in the cold light of day, have to be viewed as very, very questionable. Plus, ol’ Adolf kind of played favourites there. Everyone just wants fairness and consistency but, with Hitler, if you were white with blonde hair, oh yeah, great guy or gal. But if you weren’t? That’s when you’d see his dark side. I think Hitler had a really dark side to his character. Plus, and I hate to be a nazi here, but the local nazi guy around here does a really shitty job of separating his trash.” 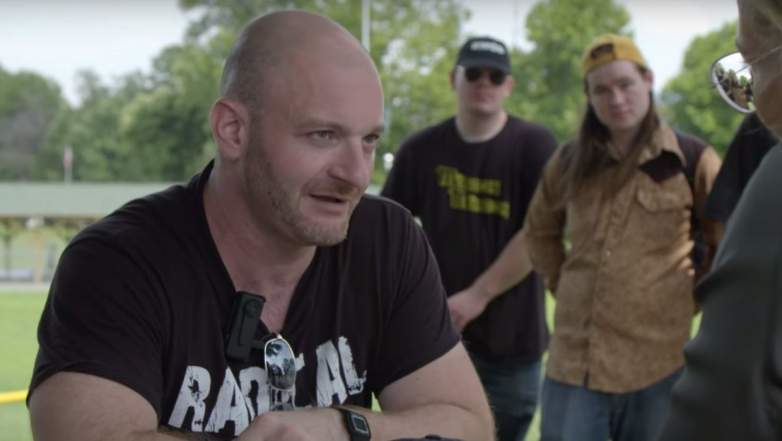 Another neighbor complained over the local nazi’s weaponry arsenal. “Every time you talk to him, over the fence or whatever, it’s all AK-this and semi-Glock that. I don’t even know what he’s talking about. Are they gun names? Did he ever stop to think that not all people share his level of interest in certain specific marginalized hobbies? He could do a bit better at reading the air. People have different fields of interest, you know?”

Local nazi guy: poor at incorporating the feelings of others.

Japan’s Prince Hisahito, aged 11, and 3rd in line to the Japanese throne, has declared himself “ready” to be the next Emperor of Japan. “I’ve finished my homework and already had my first wank just last week. That means I’m ready for the Iron Throne. Plus I’ve seen all the nudie books down at 7-11. I know what the fuck I’m doing here.” 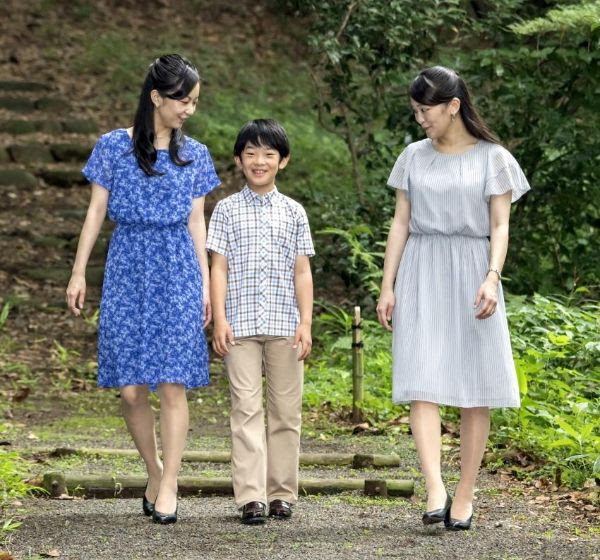 “Is it incest if a brother fucks his sister up the arse?”

“Only if the cameras are rolling.”
–The Prince (centre) walking with his sisters.

“First order of business will be getting myself a big fucking samurai sword to behead all of my wanker siblings” continued the Prince, safely out of earshot of his 2 sisters. “Cutting out the competition is crucial to ensure my reign is long and prosperous. After the public executions, next order of business will be to secure the last remaining Pokemon cards that I don’t already have. I’ll send some minion fuckhead serf door-to-door to make the required collections. After those 2 key strategic goals have been attained, the rest of my reign will be fairly straight-forward, my days mainly centred around fucking bitches and eating cake.”

“That was awesome. Pretty much just like in the mags down at 7-11. Now then, let’s head home, I can’t wait to show you my big shiny samurai sword. It’s just like my cock, that being, I’ve polished the fucken thing until it shines.”