I do another line, and I feel like I’m in my own time zone.

I’m in the bathroom of my basement apartment, cutting up some more blow with my government-issued health card. I like the irony. My friends are just outside, in the kitchen. The only thing separating us is the door.

That’s Yuri. He’s come over for one of my sausage parties. There are girls here, too, because it’s not that kind of sausage party. We’re literally here to eat the sausages that Yuri prepares and listen to some house music. We might go to the Portuguese sports bar across the street later, play the weird interactive sex game on the console by the front. 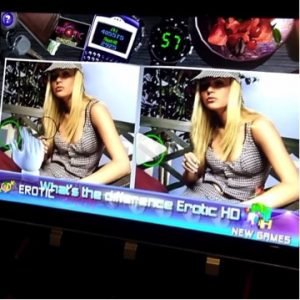 Anyways, Yuri is shouting because the sausages are sizzling.

That is their song, and he is the conductor.

If my nose weren’t perpetually stuffed I think that they would smell good to me, the sausages, this symphony of blood and gristle.

I remain optimistic. It seems plausible that my brain will learn to fill in the blanks for my nostrils, like how it does with vision. We don’t really see everything, you know. Our brain just makes certain assumptions to round out the images that comprise a life.

I flush the toilet out of habit.

“You are a peasant, and your taste is provincial”: Yuri is chewing somebody out for taking a sip of craft beer straight from the bottle. “Philistine.” Another sip.

He’s in good spirits because it’s months before his wife asks for a divorce.

(I know this because I just happen to be writing in the present tense about this one afternoon in the history of my life.)

April and Luca are here in the basement, too. Nothing bad happens to them in the coming months. April ends up buying a Honda CR-V before summer ends, and Luca visits Japan.

Luca is gay, and adds to the diversity of my friends.

If Luca were in a wheelchair right now, I’d have an even more diverse group of friends. I think suddenly about crippling Luca.

It’s important to consider these things.

“Mennonite fucking sausage,” Yuri says, playing up his bounty, which he scored from a religious butcher in Kensington Market.

He puts a plate of greasy meat on the table. It’s bubbling, and I really wish I could smell the meat, if only to counter its appearance. The blueberry venison looks like a gangrenous dick.

“I want to put that on a T-shirt: Mennonite fucking sausage,” April says.

April elaborates on plans for her silk-screening business—boutique, definitely—and I realize I actually have no idea how to cripple Luca.

April has relatives in Palm Beach and will never know self-doubt. At least she’s yet to experience it, even today, as I write this, while she takes her CR-V in for an oil change.

“Mennonite fucking sausage: I feel like if I wore that on a shirt, I’d be micro-aggressing everyone,” I say.

“Make me one that says Zika.”

Then I’m talking about the white sands of Pensacola, Florida, the winter retreat of my childhood. Did you know it lays claim to the world’s whitest beaches?

All that white powder.

I wonder if I am a Florida Man.

“Hold on, going back to Pensacola,” I say, heading for the bathroom.

The trouble with blow isn’t the direct cost. I can get a half G for $40 from this Asian syndicate that operates like Uber. I just text them a location, and they send a car. It’ll either be the fat Asian, or the bald Asian.

Today I met the fat Asian.

No, the trouble with blow is that once you’re willing to put $40 up your nose in an evening, everything seems cheap by comparison.

Pretty sure I spent $5,000 last year on the indirect costs of blow.

But I’m not thinking about that right now.

Instead, I’m thinking about the white sands of Pensacola, how my feet felt on the beach, how the sand is hot enough to burn your soles.

“I could never work a nine-to-five,” April is saying.

She isn’t wearing a bra, and I can see her nipples through her ribbed American Apparel shirt.

Somewhere, a baby is being born with deformities that a mosquito net couldn’t catch.

And I go into the bathroom again.

And the only thing separating us is the door.