when i’m pissed and don’t want to be myself but instead someone i know so that i can beat the shit out of him i like to take to the sea. no one hates me more than me.

the dead lie in these words

It’s written on a sign taped to a light post—like one of those posters for missing dogs & cats, animals the owners know are already dead. The stop light swallows everything in a darkroom ambiance. He reads the sign again, wondering what it could mean, feeling the steering wheel vibrations of a car almost a decade overdue for a tuneup. A kick drum in the backseat rattles hollowly. He can smell the slaughterhouse a mile away.

He lifts his eye patch. He rubs at the empty socket and conceals his private eye. He takes a hit off the joint…out…and then the night takes on a Plasticine quality, an oil painting by an artist who is skillful in their conception but horrific in their execution: shadows & highlights incongruous enough to be labeled realistic surrealism; clouds too full, absorbing light that’s too there, covering a moon that seems added in after the paint’s dried. & someone’s gone & spilled a 5-gallon bucket of clear acrylic over the whole thing, giving it all that creepy-plastic-couch-cover look—nothing can stain the velvet darkness. Nothing can clean the stains already there, now forever trapped.

i am trying to ease you into life in jasper, texas

but really… fuck your comfort 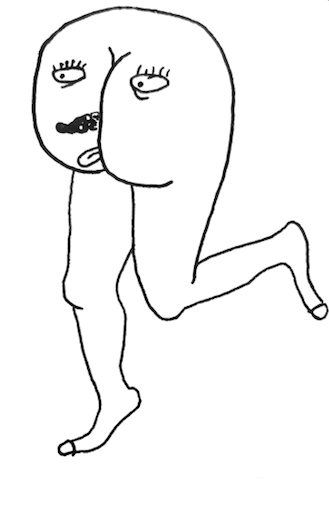 despite the ultrasound, i am certain my daughter will be born horribly deformed.

heredity will not be kind to her. she will get the worst of us.

i still would’ve loved her

we ended up not having a daughter

she didn’t make it long enough to be born

divorce is common in jasper, texas

You’re asking me what I think about him and I’m telling you that there are things I don’t want to talk about. Not because I can’t, but because there are things I think are better left not thought about. He is what he is. I asked him, begged him, explained to him all the ways he made me feel—not necessarily to change, but just to acknowledge and to adapt, to take my emotions into the same consideration he does his own—but, well, it’s that whole deaf ears falling thing with him. Like, he gets it, but he gets it for about 2 or 3 days and then it’s back to the same. Once, for like 4 months, he was someone else. And by someone else I mean someone who cared about my Being in more than a support kind of way—where he considered me an extension of his Self and not a secondary weight on his shoulders. He didn’t get mad at the simple things I did. Simple things? Okay so like when I would say something, he’d tell me I was saying it wrong. Nothing I ever talked about was right or correct. Most things I said had to be amended and edited. And it legitimately got to a point where I wondered if there was something wrong with the way I spoke. I found myself apologizing almost every time I said anything. Especially about the baby. But he’s dead now so I don’t really want to talk about him.

Her dad drove her through Vidor, Texas. He said “God tore off the devil’s horns and cast them deep into the earth. Buried them far below in a secret place. God took power away from the devil. The only way the devil can get it back is if people gift the horns back to the devil. God buried one of the devil’s horns out here. These people are looking for it.” She said “What about the other one?” He said “No one knows.” She thinks the other horn is buried somewhere near Jasper where they live. Maybe under her elementary school. On the way out of town, he points to a sign that reads Only whites allowed outside after dark. This is mostly true.

after dark, i am in a club in jasper, texas

ME: What is a mind? What is a thought? What is perception? What is reality? What is real? What is a what? What is? These are stupid questions. The person who asks these questions on a consistent basis is avoiding the result of these questions––or rather the thing that created the question. They are so focused on trying to understand reality that they cannot admire the beauty. ––No, that’s not right. Too preachy and beatific. What it is is that real is this and this is real and any antagonizing debate toward that answer, while valid and at the right of the debater, is totally wrong and misplaced. It is the inability to accept that some questions are unanswerable, despite what a man of Constant Science might believe. Our contemplation toward life reality existence being or whatever you wish to call it should remain open and constant, but it should always be rooted in the present––both time and relative space––and of a nature that will serve or benefit that which is Real. How do we know what’s real? ––We see, touch, taste, hear, smell… we fucking experience it. Is it still there when we turn around? Yes, it is. How do we know? Because other people see it too. But what if other people are just figments of my reality?  First off, you aren’t saying this. And second, don’t be so narcissistic. Are our experiences the same? No. Do we see things in the same way––both emotionally and physically––? No. These should be and are very simplistic question/answer systems we should constantly bring to the what Now-Thought mentioned before. Is someone else’s experience of experiences any less valid than mine? Fuck no and never. To think so is to be cruel and sadistic and alienate yourself from being a human being. Which, at its core, is a betrayal of the right and reason to be experiencing this reality. But what happens to us after we die? … Doesn’t matter. Never did. Not for us to know. Is that cruel? Only if you make it. Because despite how much it scares you, hurts you, betrays any peace you might be able to achieve, despite you feeling like you––and only you––are in this situation, you are not. But that isn’t a question to be asked, because it brings nothing to the present. … I don’t know though. I mean, I could be wrong.

STRIPPER: Okay, but like do you want a lapdance or not?

foster all the little piggies.

they oink oink in your head.

I had a dog growing up & it hated when I blew in its face. My mom would tell me it’s b/c it was locked in a room with a fan when it was a puppy. This dog died. When its legs stopped working I would tie a rope around its back & lift it so that it could go pee & poop. My mom couldn’t put it to sleep. So it died. Yesterday I was on the phone with my mom & mentioned the locked in the closet with a fan thing. She said That’s just something I told you so you’d stop blowing on the dog. She never told me anything to get me to stop french kissing the dog. This is probably why my sister & I don’t talk anymore.

if you can read the title moby dick and not giggle a little, you’ve died inside.

Barry shoots Tough Guy Allen in the jaw & neck & while Tough Guy’s all stumbling around & everything, grabbing at his neck to keep the blood in, Barry shoots Tough Guy above the eye. & then Tough Guy’s dead. Lily––that hooker with the heart of gold, the one who tried to swallow acid & melted her lips off––just stands there & watches this. She used to work for Tough Guy Allen & he’d beat up on her daily. Barry’s always loved Lily. She feels a love for Barry but not The Love. Not the Love that Barry dreams about whenever he can sleep. Barry set it all up so that Tough Guy & Lily are here––Tough Guy shot up & dead & Lily standing over his body saying You shot him dead. Barry wants to say It’s so that he never comes back, never hurts you again but Barry’s choking on the shot of vodka he’s just taken. The one that’s burning a little too much. He coughs & blood splatters the ground near Tough Guy’s feet. Barry falls, swallowing blood, gasping for air that’s stuck in his mouth. Lily leaves the bar with the money Barry’s got stashed in the floor safe. She sets the money & herself on fire on the steps of the Morrison Public Library. This has never been made into a movie starring Johnny Depp.

An hour & forty eight minutes of out-of-focus slaughterhouse footage montaged to Rosanna by Toto which has been pitched & slowed to last an hour & thirty nine minutes. The last nine minutes of the film are silent so that the audience hears their own tinnitus. The final shot is a single frame closeup of the mole on Kathy Bates’s left calf. The shot lasts six minutes & seventeen seconds & slowly pushes in on the mole until the screen is a near-black shade of melanomic brown. The end.

Ishmael sneaks around the side of the house, breaks in.

Ishmael walks through the house. Down the hallway. Past family photos hung on the wall.

He walks into the living room. Finds the TV. Opens cabinets around the TV until he finds one filled with VHS tapes. He digs through them. Finds one marked FAMILY VACATION 1992. He puts it in his pocket.

He goes to the kitchen. Opens the refrigerator. Digs through. Grabs some lunch meat. Finds the bread. Makes himself a sandwich. He puts nothing back.

He stands at the base of the stairs, looking at more family photos as he eats the sandwich he’s made. A light goes on upstairs, then––

MAN’S VOICE: Who’s down there?

Ishmael runs out of the house. 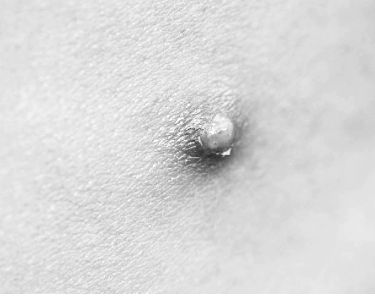