First things first; my entire waking life has been driven by a desire to accomplish something worthy of interrogation, one of my earliest story ideas (unrealized) concerned a ghost who interviews a child in bed.  So thank you, and considering the state of your health, Manners, that story could now be nonfiction.
1) What does your home and hometown of St. Louis mean to you?
See, Manners, those are two very different questions.  I’ll detail my home first.
I’m typing this on the plot of my first home, a “ranch house,” which I watched as it was demolished by bulldozers when I was wee.  The ranch house had a porch-swing, raspberry bushes, and a bathtub that was sinking through the floor (which, I was told, was why it had to be destroyed).  I hope you’ve now imagined me among heaped housing remains . . . cushioned in tarnished Tyvek House Wrap as I plod away on my laptop which is the only source of light on the dingy tract.  The truth is I’m on my bed in the burbs of “The Lou,” queen size, in my “new home”: (lived in for roughly my whole 24 years, save escapades to Hendrix College in Conway, AR, followed by a stint in Sarasota, FL and then to Stockbridge, MA) surrounded by hundreds of books I haven’t read, on a laptop that contains hundreds of films I haven’t seen, and articles of clothing I’ve worn a million times over, and numerous props for my upcoming film titled Ever Know You.  Well, now I’ve begun describing my room . . . which is a separate entity from my home.  All of my rooms have been “separate entities,” my rooms are anomalous events.  And you could make the logical jump and say that I’m the “separate entity” from my home.  It’ll be Thursday in seven minutes and my mother Darlene is probably asleep upstairs and my brother Jackson is probably asleep above her.  The home I’m living in is both a place of paralyses and freedoms, these come with comfort (which many of us 20-somethings still living in their childhood home will understand).  It was in this home that I decided I wanted to be great, after reading James Joyce’s wikipedia entry or something equally absurd.  I decided that since I came into a world where there are no conceivably necessary actions I needed to find something necessary, and that that is what greatness is.  Finding the “necessary” actions and completing them.  I love this quote by Saint Francis of Assisi: “Start by doing what’s necessary; then do what’s possible; and suddenly you are doing the impossible.”  My father had a similar quote on a paperweight in the office he had built in this home, the office which housed the computer where I would go from reading wikipedia entries of famous authors to watching anime music videos willy-nilly.  The paperweight read: “The difficult we do immediately; the impossible takes a little longer;” google tells me this was the motto of the U.S. Army Corps of Engineers during World War II.  Google tells me everything.  Anyway I came to the erroneous conclusion that “everything had been done” so I’d need to offer something different.  Very different.  I’ve now come to the understanding (hence the aforementioned term “erroneous”), over years, that every human thought is original and that that originality is matched by an equally original response in the universe, or action by an observer.  Just a fair warning as you continue . . . I like to “think about thoughts,” which I’m aware puts a lot of people off because it seems uncanny, or woo, or something.  Continuing: when I’d be riding in the car I’d look at all the homes going by and think “I’d like to be in all those homes.”  As if my work was some kind of fireside chat like FDR did.  I guess I’ve always had an ego.  One of the things that sucks about having an ego is that you perceive of everyone else in your life as obstacles who do nothing but try to bring you back down to earth when you don’t want to be there, whether this is true of the other or not.  And so you start looking for new relationships with folks who let you indulge your whim.  It’s a very “modern human” dilemma, like most dilemmas.  And there’s truth there.  I’m a solipsist, but a repentant one—which is even worse.  It’s stuffy, I’m lighting some incense.  I invite you to do the same, resources permitting.  And throw on my favorite album (Talk Talk – THE RAINBOW – 1988 as I am.  I suppose I’d like to be part of a home where I didn’t feel like a “separate entity,” but as Renny mentioned in his interview . . . you know, the “do I really want to be part of a club that would have me as a member” aphorism.
My hometown.  St. Louis.  Here’s a relevant tweet, (and I’ll get into my twitter page further down the page): 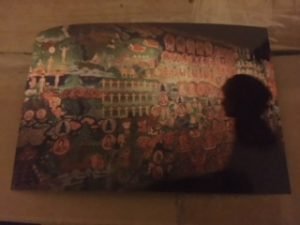 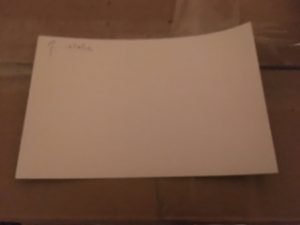 23 The Lord is my shepherd; I shall not want.

2 He maketh me to lie down in green pastures: he leadeth me beside the still waters.

3 He restoreth my soul: he leadeth me in the paths of righteousness for his name’s sake.

4 Yea, though I walk through the valley of the shadow of death, I will fear no evil: for thou art with me; thy rod and thy staff they comfort me.

5 Thou preparest a table before me in the presence of mine enemies: thou anointest my head with oil; my cup runneth over.

6 Surely goodness and mercy shall follow me all the days of my life: and I will dwell in the house of the Lord for ever.

I have faith in every religion; I believe humankind shares a common interest in existence.  I believe the messiah is the culmination of that interest and proof that no matter where you are “you are.”  Everything being a possibility makes everything inevitable, but you need the material.  The material is Christ’s eternal offering from His mortal body.

There’s been a lot of heartbreak in my life.  I love very deeply.

Thanks for reading, I’ll leave you with my favorite song: “Iceblink Luck” by Cocteau Twins

Who knows how much longer they’ll let us keep do

The garden grows. Beauty’s on strike but this bo