My Name is My Name – Peppy Ooze 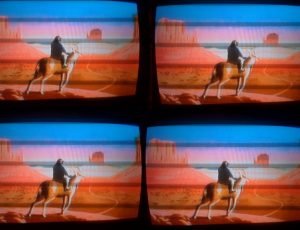 Space is the place. Nothing. Voiceless. Work.

Without the voice in my head, which sounds a lot more fluid than the croak that comes out of my mouth, I’d be suicidal, I thought at my desk today. But would you? I reckon if I didn’t wannabe a poet I’d wannabe I’m unsure. Imagine at the job centre, saying: I wannabe a poet. You got any poetry jobs? How do you get a career in the poems industry?

At thingamajig poetry school, when exploring books on the playlist, I’ve been told I must brain-recite the texts in a famous voice I find musical to the ear. So I chose Werner Herzog. And it kind of works reading the occasional lines such as crow flight, raven flight, the jackdaw, a 1000 described routes or the river, tasted, drunk away, dreamed away, drank away, silence charred monumentally, like a grey heart in crooked hands. And after doing that exercise, once we have read a text in a voice musical to the ear, the poem school encourages us to use our own words resembling our own voice and to stylise them using this dictum: Howl, flow, improvise: BAD TYPINGS.

The human voice that flows, that says: My central thesis is me.

Bonfire Night. Remember. My brother was in his bedroom, zipping, unzipping his weed tent so with a raised voice I said: Martin McGuiness has died. Has he, said Max. But we’re alive, I felt with my befogged eyes and brain and the fear of going alone to battle to quit.

Like the astrodome and the 1st teepee, voice is a concept by which we measure our pain. I’m pissed-off though. It’s cos in the past week those thoughts, art thoughts, howl thoughts, the passions have faded along with the little energy I had in my. Whatever.

If I’m with anyone, if I’m on the side of any other people, it’s those who shiver alone. Not many of those suffocate me. And I can name a few. Dead artists I mean who shivered alone but I’m thinking more of the anonymous, the voiceless like the bottle collectors, people who roam the city, pointing torches and dipping their arm into wastebins, fishing out empty bottles in exchange for shrapnel given by the recycling machines. Those people shiver alone. I’m with them. I’m on their side.

And if a voice were to say you speak too much of yourself, I’d say nobody else speaks of me so I speak of me. So I type of me. All brains engage in writing their memory. This document feeds that urge, to word the words, to make sentences, design little chapters, to cut and copy and steal and paste.

If nobody listens, nobody hears, do you still have a voice?

What makes a voice? Who has a voice and who doesn’t? Where’s a voice-voice come from? I’m unsure. The body’s chemicals perhaps? From the lungs? From the structure of your thorax? From a pulse in the backbone? From something that begins at the knees and reaches above the head? From 322 people clicking a heartshaped icon, sharing words-images you posted online? Maybe having a voice is a mix of politics, charisma and energy, all thrumming, up in the language part of your brain. I know what I mean.

People live with voices that structure their world. It is said. I thought.

Most of us are voiceless as we sit breathing in, breathing in more, unable to breathe out and throttled but for 1 consolation which is the ultimate voice is the unknown poet’s that for no reason other than the pleasure of noise speaks to itself until the day it fades from the ranks of the living.

Perhaps it’s his voice was what ultimately won it with the way he speaks reminding people of the noise inside their own heads which is a sort of dark stew of conversational snippets and memory scraps, random phrases and dribbling thoughts and a consequence is you can say anything and think anything and do anything you want now.

A man in a blood meridian baseball cap said: I am your voice.

With a writer-of-voice, with a poet, a soldier, can any biography hope to capture their spirits so well as their most howling lived-in pages?

I’m trying to inspire myself today by listening to Lee Scratch Perry. His voice is an instrument howling: Fire! Fire!

Yeah it was 6 years ago today I picked up my hardback Finnegans Wake which is like a music chamber like a Moog or a Fairlight or the ROLAND 303 in that you can make innumerable voices with a Wake and anyway, unpretentiously or pretentiously I flipped to a page and read about 3 dozen words and then I flipped to another page and read 2 or 3 dozen more of those splattering but big and hairy diction words and I did that, flipping and reading, flipping and reading for 20 minutes until I saw peppy and knew instantly that my name is my name and then I flipped more and read more and saw angelskin. Peppy Angelskin. I posted shittalk on social media, trolling or really it was just being cheeky, getting blocked by celebs and the not famous like when the journalist Jon Snow posted something I dunno about Israel but I replied: You know nothing Jon Snow. It offended so many of his followers, who called me dumb, who reported me, for 2 hours my account was suspended. And cos it felt better aesthetically, after reading the essay Dante, Vico, Bruno, Joyce, where it says We hear the ooze squelching all thru Pip’s description of the Thames, I deleted angelskin.

Tonight I think of Shakespeare with all his voices, the evenings he spent writing alone. Did he enjoy solitude? Was he an alcoholic? Or with all his thunder and quakes and blasts, perhaps he took opium? I’m rereading King Lear. For long moments I stare at a page, the shapes of ink on paper and I listen to the blab in my skull. It’s 1:57am. Sunday. The last day in March. Clocks go back. The times when Shakespeare compares the world to the stage he’s saying: Art is not in some far off place. It’s here.

Voices you use to talk to yourself, it says on the screen.