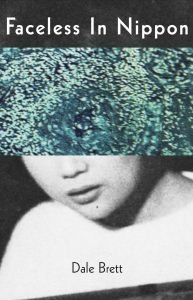 Slip through the aqueous mist whispering nostalgic sweet nothings. Embrace this invitation to become enveloped. Your breathing slows to a controlled pant before settling into its new tingling default, a hum of vacant reception, a reassuring murmur of inviolate presence, an ontology of de facto delirium. You mind meld with Dale Brett’s narrator, lapse into a state of mind malleably purposed to your bagged bones and jerky, spastic energy. Cruise control with unblinking techno-addled fascination in an oblivion of echoing sorrows passing epsilons of diaphanous clarity through a carnival of lewd and cerebral pleasures decadent and ancient, a love letter to an amorphous city of reverie rendered as bleary-eyed consumer simulation, a reveille for the overwhelmingly sensate, atomized into arresting poetic narrative constellations. Brett’s nameless metropolis is a promised land for active psychonauts and enthusiasts of stupefacient pastimes, veteran readers with a taste for narcotic drip allures, the world-weary human tourist pining for exotic lands while wired to a modem. For the wandering alien of existence whose faith tabernacles are a vivid, stroboscopic carousel of interpassivity, a Bohemian Bermuda gesturing at a Xanadu of qualia, the shambles of eternity but echophenomena. Chasm or cataract, all terra incognita, microdosing damnation, a gospel for raffish waywards of Otaku and other esoteric persuasions, continuity as tundra of pulsing melancholy. A lucid high for burnout syndrome. Exhilarating, charming mythopoeia for the modern computer mode sentients of the new decade, an aesthetic rarefaction to a world beat. By turns whimsical and winsome, by orders alchemical, etheric, cosmic, alethic- ride the inexorable plunge to lush latitudes, sink into egalitarian opulence, not substance impairment but rapt surrender, a living end reminder you haven’t lived ’til you’ve downloaded this sim, this proto-dystopian technological Mecca, this deconstructive underworld, brain molten and photosensitive, erogenously tactile. Quintessentially vibe-compatible. Comical, blissed out. Incomparably lovely. Dale Brett collapses wide-eyed wanderlust with the Promethean inertia of the zeitgeist. A word machine marvel. A seismic arrival for a protean raw talent. A resonant confirmation that visionary gusto remains unabated in literature.

Faceless in Nippon is perhaps the most sincere contemporary novel about banality, modernity and existential ennui to exist, this side of 202X. With surprising ease and admirable restraint, Brett competently weaves the tale of one individual’s attempt at self-discovery and extreme escape. It is powerful, mildly depressing at times, almost always funny, rarely cynical and completely unironic. I wholeheartedly applaud any writer capable of crafting a complex (but easy-to-follow) story structure without the employ of meta-narratives and post-everything tropes. Brett presents a writing style that is both exuberant and attentive—enough, to present juxtapositions that alone, pretty much approach silent excellence and supreme intellectual sophistication. The not-so-subtle anti-groupthink motifs within the text posit a very important question vis-à-vis the perceived status quo, and what is to be expected of humanity, as a whole, in the years to come. There are several breathtaking moments and unique descriptors, like: ambient observations RE: the different colours of the sky, the muted magnificence of neon lights and their effect on the substance of the night, abstract ideas of the ethereal and its ineffable properties, the magickal aspects of vapourwave music, the stunning ethnographical discourse and of course, Blade Runner. If any or all of this sounds familiar, I assure you, Brett takes what you think you know, and turns it into the unfamiliar.

Faceless in Nippon (Back Patio Press)

Your 7:45pm Class has been Cancelled