View cart “The Moon Down to Earth – James Nulick” has been added to your cart. 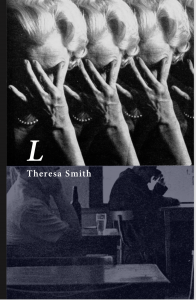 An archaeological conclave stumbles on a possible skeleton key to unlocking space and time. The Biblical crucifixion is gleefully reimagined as a carnival of mistaken identities and archetypes. A nodal literary figure is resurrected and interrogated on the salacious subtext of his novel as canonical concordance is thrown into carnal upheaval. A chance encounter on public transit becomes a fulcrum of entropic derangement. A species of arcade-style games conceal a vicious intent. The mysteries of a fictional planet are explored. Faith, science, and all manner of human constructs and earthly intuition are tested by Theresa Smith’s otherworldly imagination. The human condition is laid bare through inversion and surgical inquiry. Curiosity is the engine that drives Theresa Smith, the quintessential voice in science fiction you can’t afford to sleep on, and the thrum of her electric heart the compass. Tune in to her signature madcap, boundary-defying innovations in these ten stories with illustrations.