Ritual America (A Caged Bird Stands on the Grave of Dreams or ‘how I escaped the Worldwide Church of God’): Matthew Graham in Conversation with Chris Kelso – PART ONE

Matthew William Graham will be forty on the Sunday of our interview. During conversation, his tone vacillates between sustained notes of optimism and a crushing hopelessness. Like that which is present in most people of substance, there is an experience-provoked duality at play. And darkness has been animated for Matthew. When he closes his eyes the night becomes a hope-sucking vacuity, motivated and alive. Because, to Matthew, the night is actually broken light vomiting out gamma, resenting the glow from any living thing. To you or me darkness is just an inanimate metaphor. But not to him. It is living and its heart is vantablack. It lives in the people he loves. Distorting everything. Even in himself. Yet Matthew’s heart is also haunted by afterimages of light. He has not lost track of hope or the living. His story is unique and deserves to be told. Matthew is the survivor of a doomsday cult. 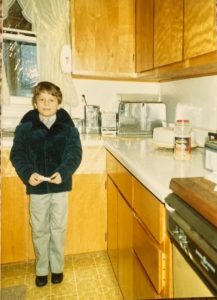 The theological concept informally known as ‘Armstrongism’ encapsulates the teachings and doctrines of one Herbert W. Armstrong, leader of the Worldwide Church of God (WCG). Armstrong’s derivation of Christianity allege that the New Testament text has lost its true meaning (as a result of various mistranslations while being passed down over time). He claims that his teachings alone denote the restored true Gospel of the Bible (a reimagining of the doctrines found in the New Covenant scriptures) and that these new tenets of spirituality were disclosed to him by God himself. 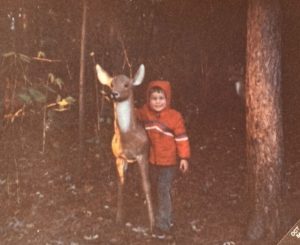 According to Armstrong, the contemporary Jews are the false progeny of Israel. Having migrated to Western Europe, he believed that the lost tribes of Israel (present-day Brits and Americans) are the true inheritors of God’s formal custodial alliance with Abraham, Isaac, and Jacob. Nation will rise against nation, and kingdom against kingdom. Earthquakes will resound throughout shattered cities, and in various places famines and pestilences will ravage. And there will be terrors and great signs from heaven. False prophets will rise and lead many astray.

Already you can see Armstrong’s fantasy of supplanting god with his own image, viewing himself in idolatry terms. It’s your standard Christ complex, but with Christ still present and separate within the philosophy.

Of course, like all false prophets with a predatory charm, Armstrong found tremendous power and prestige during his tenure as religious mediator and enjoyed the fruits of a Hollywood lifestyle – first as presenter of The World Tomorrow program, then as publisher of The Plain Truth magazine. Armstrong also founded the Ambassador College (three campuses) where he also acted as chancellor and Pastor General of the Worldwide Church of God (WSG). He died at the age of 94 in 1986. 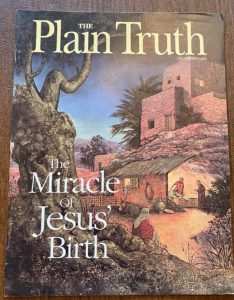 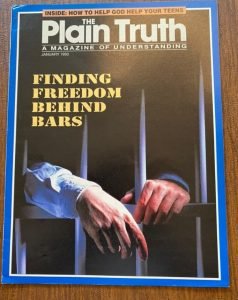 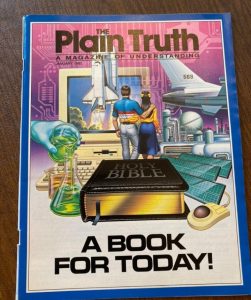 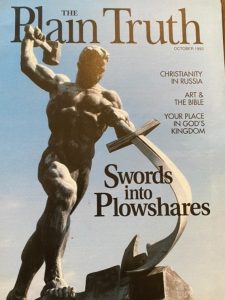 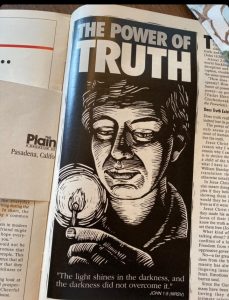 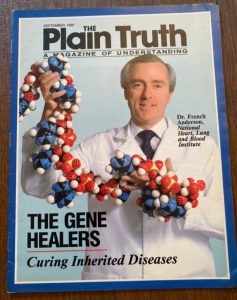 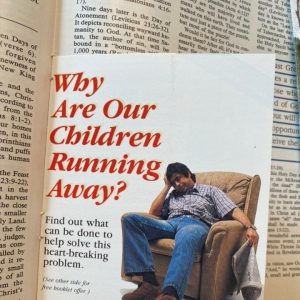 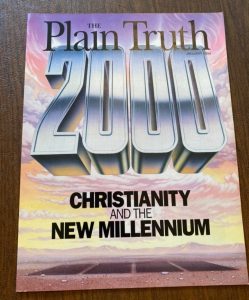 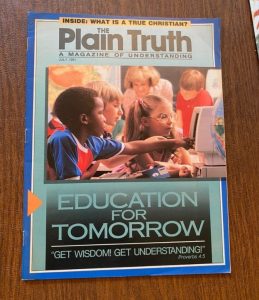 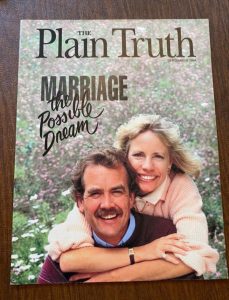 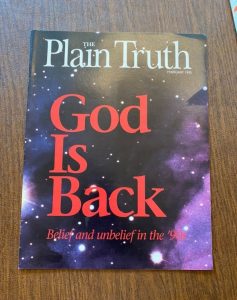 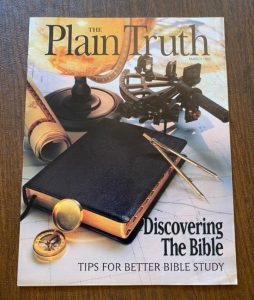 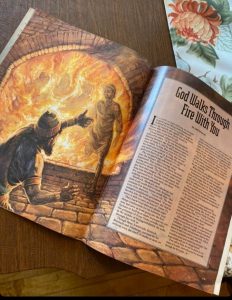 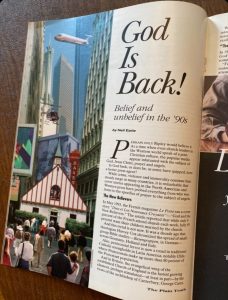 WSG has been described as a combination of evangelical and Old Testament beliefs with some aspects of Judaism thrown in for good measure (specifically those aligned with Old Testament beliefs). When asked about how his young mind made sense of the contradictory, hypocritical teachings of the church, Matthew says:

“Armstrong’s ideas of god and Jesus, which we believed in the traditional manner, were always confusing to me but the basic tenet was there was good and there was Jesus, but they didn’t buy into the whole Holy Spirit part. I wanted to believe in goodness, I remember that much. It sounds clichéd, but I just accepted this world I had been born into.”

But the group exploited the human desire for community and fetishised the conjugal family archetype in its aggressive propaganda output. Their central claim was that during the final resurrection, when Jesus returned, the true believers and those willing to repent would be taken to heaven and become a literal family with god.

Matthew is modest and quietly intelligent. He has escaped a poisonous institution of false prophets and sexual abuse relatively intact. Unfortunately, he has been unable to acquire suitable occupation due to an inflammatory condition called Ankylosing Spondylitis. This condition has similarities to arthritis but is considered more severe – affecting Matthew’s spine, hips and shoulders. Aside from causing debilitating inflammation, Ankylosing Spondylitis also turns joints into bone which can affect range of movement and his ability to lift and bend. 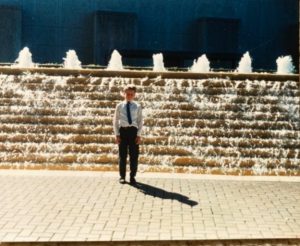 That said, Matthew is able to walk, drive and enjoy most aspects of a functioning life, but walking far distances without breaks proves profoundly challenging. The condition has resulted in a slight forward hunch due to the chronic damage to his spine. At age 16 Matthew broke a disc in his back playing football.

“I always figured the back issues resulted from that injury but they got worse through my twenties and into my thirties were it became almost unbearable. I got my diagnosis then and was able to receive disability benefits.”

Matthew receives little over 1000 dollars a month but is able to rely on it. He also receives IV treatments of an anti-inflammatory every 6 weeks that help him get through the day but as the time creeps closer to the next treatment pain and stiffness return with a vengeance.

Matthew has held down jobs in the past – as an adult Loss prevention agent at a retailer (“I walk around in plainclothes catching shoplifters and doing store investigations into employee theft, customer check fraud etc”), and worked as a projectionist at a theatre for a little over 3 years. Matthew describes his projectionist gig as the best job he’s ever had. Right after school, before his back pain became enervating, Matthew also briefly held down work at a building supplies place hauling around siding, gutters, and building supplies.

Growing up in the suburbs of Michigan, Detroit, Matthew was raised in an area locally referred to as ‘downriver’ – a group of small cities located literally are downriver from the Huron River. ‘Downriver’ had its own connotations. The gradual urban decay of Detroit’s downtown corners would’ve nourished Matthew’s sense of alienation. He felt like he was stuck in a waiting room, imprisoned in a transit space.

MG – “I specifically grew up in a town called Flat Rock until age 11 and we moved to neighbouring city Woodhaven. The downriver area is a working class area with mostly lower middle class people. There wasn’t much abject poverty but the amount of people that anyone would consider upper middle class was very low. Being close to Detroit meant a lot of people’s parents worked at auto factories and in the city of Flat Rock itself there was a Mazda factory that employed a good amount of the townsfolk. Pretty traditionally American place, not much diversity at all (can honestly only remember one black family living in town), small town values people went to church, worked and besides a hello here and there mostly kept to themselves.”

There were some pleasant experiences during his youth, again somewhat related to liminal, sacred spaces created with the purpose of escape. The Graham family lived in a small apartment complex called Walnut Creek. Matthew doesn’t have the strongest memories of the place but does remember a best friend that lived across the hall named Billy. Billy would play an important role in establishing Matthew’s predilections in the horror genre.

“He was the first kid I knew who was into horror stuff, had posters of Freddy Kruger on the wall. His mom let him watch whatever he wanted. Definitely different than me but we clicked.” 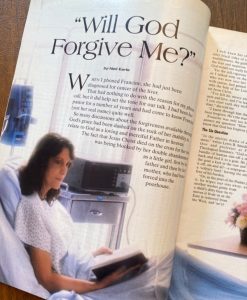 But the apartment was a death trap. Matthew broke his finger in the back of a door that closed hydraulically and he recalls that pain distinctly, wincing at the mere mention of the incident. While there, the family had an old style box fan that had sharp metal corners. Matthew remembers bending down to Velcro his shoe and not paying attention and having that sharp corner of the box fan catch his eyebrow, slicing it wide open. He still has the scar on his eyebrow.

“From there we moved to Cooke Street in Flat Rock where we grew up in a duplex and became close friends with the kids who lived on my street. The 3 kids I was closest with were Emily, Kevin and Joe. They lived in the three houses across the street. I stayed close with Joe until about 6 years ago. After that we moved into the basement of the home of an elderly couple that my mom was hired to do live-in care for.”

During this time, Matthew’s dad and a couple of his buddies converted the basement into a full living area with two bedrooms a living room dining room and bathroom. The family lived there for two years.

“Then during my high school years we stayed in Woodhaven and lived in a trailer park until I moved out. I went to elementary school and one year of junior high in Flat Rock and attended the public schools there. My mom didn’t want me in that specific school district so I attended a private school for 7th and 8th grade which was a part of the Seventh Day Adventist denomination.”

But Matthew soon left that school and attended a mainstream Christian high school that practiced under the Lutheran faith. He also managed to squeeze in a year and a half of community college. Matthew’s life had a semblance of structure and normalcy, but his parents came from abusive households and a complex double thread of control and neglect was activated later in life.

“My Mom’s name is Terri. She had a pretty horrible childhood. She was born in California, San Diego specifically, and lived there until age 11 before she moved to Michigan.”

Terri was one of 6 siblings. Matthew doesn’t know much about his mother’s life in California other than she grew up in a rough neighbourhood and was dirt poor. The magnetism of a liminal existence is something Terri has always grappled with. These internal spiritual spaces can be located in a disconnected sacred space, occupying a sacred time, and can be induced by magical thinking. It could be a trauma coping mechanism, one designed to clean up the mud and grime of adverse childhood experiences. In such a religiously-manifested space, an individual can experience the revelation of sacred knowledge from an omnipresent narrator. This space is safe, womb-like, and offers answers, albeit fallacious ones. Answers and comfort were denied Terri the duration of her young life. It’s easy to identify with her need to escape the immediate reality around her. Matthew doesn’t judge his mother too harshly.

“When she moved to Michigan my grandmother met a man named Dennis who became the kids’ stepdad. He was an absolutely tyrannical alcoholic who physically, sexually, mentally and emotionally abused all the children in the home. Drunken outbursts were very common. My mom witnessed her mother beaten to a pulp on multiple occasions. She saw the TV thrown through the front window, the phone pulled out of the wall and frequently used as a weapon to strangle and whip. Their childhood was so fraught with terror that once my mom told me that almost all of her siblings have no memories of childhood, they’ve all just pressed it down and didn’t want to acknowledge it. I can relate to this coping mechanism.”

Matthew’s grandmother was also an enduring alcoholic and far from a fit mother, although he notes that she managed to get sober and make amends later in life. 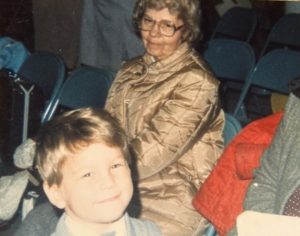 “So with that history I believe my mom was always looking for some sort of stability or a reason that justified her suffering and I think that’s why the cult appealed to her so much. She also had me at a very young age (18) so she was still a naive person at that point and people like that are who cults like to pray on. She was a very persuadable woman.” 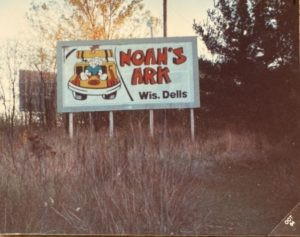