Ritual America (A Caged Bird Stands on the Grave of Dreams or ‘how I escaped the Worldwide Church of God’): Matthew Graham in Conversation with Chris Kelso – PART TWO 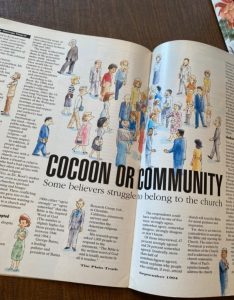 Magic restores control and alleviates the individual need to rationalise. Matthew admits that his mother Terri is a seeker by nature. She has changed religions a few times since. This is nothing new, of course. Take ‘When Prophecy Fails’, a ground-breaking psychological study conducted by Leon Festinger, Henry Riecken, and Stanley Schachter dating back to 1956. The study sheds some light on this phenomenon of disconfirmed expectations and the resulting consequences. After observing the behaviour of a UFO-cult called The Seekers, it was proposed by Festinger, Riecken, and Schachter that induced individuals often revert to an apocalyptic world view after they recurrently fail to find meaning or solace in other religious organisations. Matthew describes Terri’s flighty temperament with an air of frustration.

“She will get so passionate about certain causes but then her attention will stray to something else. She tries all kinds of different diets and things like that. She also has a fair share of health issues. She has the same condition as I do but not as severe. I carry a lot of resentment around about my mother, but I can rationalise it. It’s just a shame I’ve had to rationalise my childhood neglect.”

Before this interview, Matthew asked his mother exactly how she came to be involved with the church.

MG – “My mother’s initial contact with the church was through their publication The Plain Truth which was a free journal that my mom said was found nearly everywhere, from lobbies in grocery stores, lobbies in libraries, and sometimes actual mailboxes. She said the covers of the magazine featured lots of ‘end times prophecy’ and focused heavily on a coming apocalypse. She said that she had an active fear of going to hell and the magazine’s end times talk seemed completely convincing (coming from her abusive household this makes sense to me). She started reading them obsessively. Inside there was never a mention of church or local branches or anything like that but what it did have was what it called a Bible correspondence course – and just like the magazine it was free.”

CK – And she applied…

MG – She did. She sent in whatever it was you had to send in and got the first month of the correspondence course. They sent booklets each month that focused on Armstrong’s various belief. My mom’s exact quote was that they were ‘indoctrination manuals.’ She said after a year of these monthly courses you could send away for a test.

CK – What did the test consist of?

MG – The test was really just a series of questions about Armstrong’s teachings. So you sent the test back in and if you passed and proved you were sufficiently indoctrinated they sent you back a certificate and with that certificate you received a number for a local branch. She said you called and it was a leader from the local branch and he would invite you to a service. There was one catch with it though – the night before your first service the top guy from the church came into your house and then personally peppered you with questions about Armstrong’s teachings again to prove that you were serious about joining. 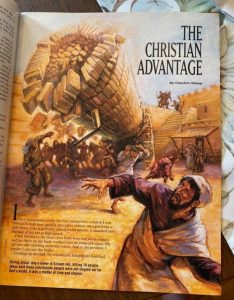 CK – And if you got his approval then you could go to the service?

MG – Yes. My mom passed the quiz and went. After your first service you were assigned a buddy member and my mom’s buddy member ended up being an older woman who lived on our street. This lady drove my mom to services and they would get together and talk tenets of the faith and help keep each get wrapped up in it. They were people desperate to belong to something. I mean, desperate.” 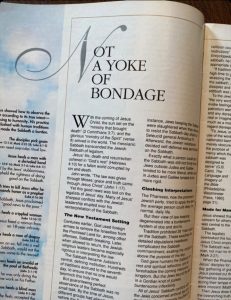 Despite all this, Matthew is quick to defend his mother as hard-working. Initially she didn’t work and chose to stay home with her son, but once Matthew started school she always had a job.

“She actually works two jobs now. She didn’t finish high school but did get her GED, which is an equivalency diploma. She went back to school in her thirties and got a two year associates degree in medical coding which she still works in and makes a nice middle class living.”

Matthew’s father, Eugene is a different breed altogether. A quiet and reserved character, the pater of the Graham household was less cerebral and inquisitive than his wife Terri, but he perhaps had a much stronger sense of self.

“My dad is your classic American blue collar worker type, one of 6 brothers. He grew up in Michigan, in the city of Romulus. His family was working class to poor. His father was a former marine who served in World War Two. My dad’s dad passed away when he was 13 so I never met him but from what I know he was a strict disciplinarian who the kids feared but was not a cruel man or abusive. When my grandfather passed away my dad attended school for another year or two but eventually dropped out to get a job and help out around the home. He also received his equivalency diploma but did not attend college.”

For as long as Matthew has known his father he has always worked, spending 30 years of his working life at a building supplies store (the same one Matthew worked at after high school). Matthew also remembers him working at a brickyard and having a job cleaning retail stores overnight.

“My dad isn’t one to really read or take enjoyment from any artistic endeavours. He enjoys basic forms of entertainment and doesn’t seek out things that are particularly challenging but I think a lot of that extends from him spending his life working physical labour and just being tired a lot and not wanting to invest the mental capital into stuff that might exhaust him.”

Matthew attributes his love of sports from his father, as well as a good chunk of his sense of humour. That said, the Grahams were not an affectionate household – not the type to hug, say I love you or be open about their emotions. The stoic suppression of vulnerability was something Matthew inherited from both parents.

“I never felt unloved but we just didn’t express those kind of things.”

Oddly, Matthew’s father also did not become a member of the cult and would only be involved during the feast of the tabernacles – an event where congregates would travel to another state for a week of services.

Matthew says Terri and Eugene never butted heads over the Church, primarily because the main reason that his father wasn’t involved with the WCG was financial necessity. He worked 7am to 5pm Monday through Friday and 7am to noon on Saturday. Church started at noon so it just didn’t work out for him to go. Matthew has since asked about his father’s opinions towards the WCG. Eugene replied simply that ‘he just accepted it.’ 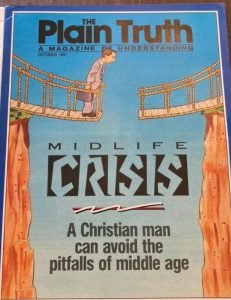 CK – The fact that your dad wasn’t a believer must have caused friction in the house and among the other congregates? How did this work? Was your dad ever critical of the church or did he passively accept out of love for you mother?

MG – “My dad isn’t one to rock the boat. He did attend services at the Feast of Tabernacles and a few other holidays through the years and my mom said the general reaction was that the services were far too long and fairly boring.”

The church often referred to people’s spouses who were uninitiated congregates as your “unconverted mate.” Terri says that around 90% of unconverted mates were husbands.

“The general way for women to go about converting their mate was to be godly through submission and that through that they would see god’s truth. I wish I was making that up but that’s exactly what she said.”

“Her personality and mine clash quite a bit and if I’m being honest I still have a lot of resentment and anger about my childhood that I’m trying to work on. Mostly though we just go about things in completely different styles and manners.”

Matthew admits that at his core he can be a very confrontational person and has a major history of confrontations. He believes this may be a result of repressed emotions and unresolved trauma.

“I will say that our relationship has its good periods as well but we have definitely had some vicious verbal disagreements. My relationship with my dad is better, healthier. I don’t get to see him as often as I did when I lived in Michigan but I see him a few times a year and talk to him about once a week on the phone. We mostly talk sports, weather, sometimes movies if there’s something that caught his eye. We are both huge fans of The Sopranos. We don’t really have many conversations other than stuff like that but it’s fine. It’s stable and normal.” 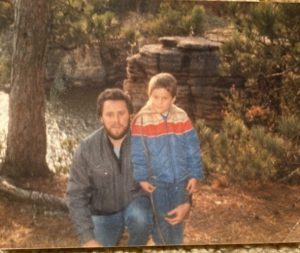